The earliest examples of glass were made in Mesopotamia 5000 years ago, but it was the Romans from the first century BC that spread the art of glass blowing throughout Europe.

By the fifteenth century the craftsmen of Murano were forbidden to leave the island so that Venetian techniques could be kept secret.

Lead crystal originally known as flint glass was first patented by George Ravenscroft on behalf of the Worshipful Company Of Glass Sellers in London 1675. Lead made the glass brighter with cut edges producing spectrums of colour. His patent read “ A perticuler sort of cristalline glasse resembling rock christall”. The ingredients were sand, potash, lead oxide and crushed flint.

By 1720 lead crystal chandeliers began to appear, although they were often referred to as branches or lustres. An example of the plain round arms of this extremely early period can be seen attached to the large mirrors at Erdigg.

The most famous manufacturer of chandeliers in the Georgian period was William Parker. If you look at the large receiver bowl at the base of the centre chandelier in the Tea Room at the Bath Assembly Rooms you will see engraved “William Parker. Fleet Street. London”. The Assembly Rooms opened in 1771; Parker was given the task of making 3, 40 arm chandeliers for the Tea Room and Jonathan Collet of Ye Kings Arms Glass House, Charring Cross, was commissioned to make 5 chandeliers for the Ballroom, the central chandelier to have 48 arms flanked by 2 smaller versions on either side.

There must have been a strong feeling of competition between the two firms but when one of the arms fell during a dance in the Ballroom, and considering that two arms had fallen previously, Collet was asked to remove his creations and Parker made the five chandeliers that are there to this day. They were made in only ten weeks at a cost of £500.

Collet had problems paying back the money he owed the Assembly Rooms so they agreed to keep the large chandelier as long as it was made safe. It now hangs in the Octagon Room and is a splendid design although the four much smaller versions were less so.

Parker’s design for five identical fittings work perfectly and are considered to be the finest suite of chandeliers in the world. He abandoned the style of having a large ball in the centre of the stem as used in the Tea room, and incorporated for the first time the vase shape that became the fashion for all chandeliers until the Regency.

Georgian chandeliers were lit by candle. At the assembly Rooms they were lowered for maintenance on chains that wrapped around large wooden wheels. Later in the Victorian era gas was the lighting system used, this necessitated fixing the chandeliers to the ceiling. Then early in the twentieth century they were electrified and are at present lowered on steel cables attached to the top of their chains.

In 1990 these chandeliers were restored by R.Wilkinson & Son of Catford, at a cost of £160,000. As they had previously been restored in 1938 by Delomosne & Son ( now of North Wraxall), and again in the 1960’s by Whitefriars it seemed obvious that too much damage was being done.

Helen Lloyd of the National Trust called a meeting to devise a plan for reducing the breakages. She plus Martin Mortimer of Delomosne & Son and myself came up with a plan for cleaning the chandeliers twice yearly when all of the bulbs can be changed in one go. New winches were installed with the steel cables carefully wound on so the descent of the chandeliers could be smooth. The lamp holders were changed to screw-in  so no downward pressure will be placed on the arms. The chains were changed and tested to five times the 200 kilos weight of the chandeliers. The wiring was upgraded ten years ago to double insulated, clear, 3 core with earthed lamp holders, and since that time I am the only person who has needed to touch the chandeliers. So in the last ten years the only damage was when a judge threw a Savoy cabbage into the air at a dinner, and when a graduate from the university threw his mortarboard aloft. Fortunately on both occasions it was only a drip pan that was broken.

Georgian crystal is often recognized by its blue grey tint. This was known at the time as Derby Blue as the most suitable lead mined in Derbyshire produced this colour. Although thought of now as charming, it was a problem to the manufacturers, and by 1816 they preferred to buy Blair Stevenson’s purified lead oxide, which eliminated the tint.

By the end of the 18th century chains of cut glass buttons began to appear on chandeliers. They were crafted by lapidary cutters using the same styles used on jewellery and were referred to as paste. These buttons gave such bright fires of colour on their edges that by the Regency the preferred design was to have chains of descending buttons rather than large stem pieces.

Victorian chandeliers could be mass-produced using steam driven cutting wheels. Some of the examples made by F & C Osler in Birmingham are fantastic, they even made a 27 foot high crystal fountain for the Great Exhibition in 1851.
﻿ 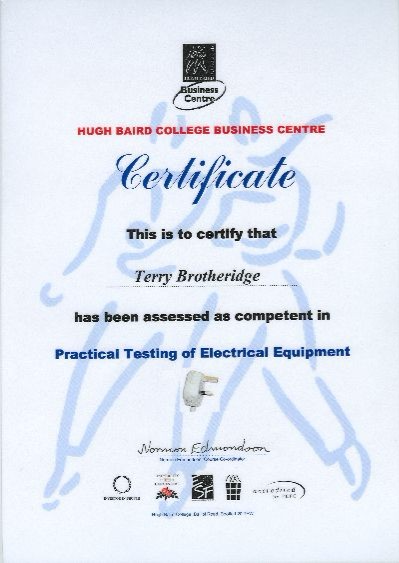 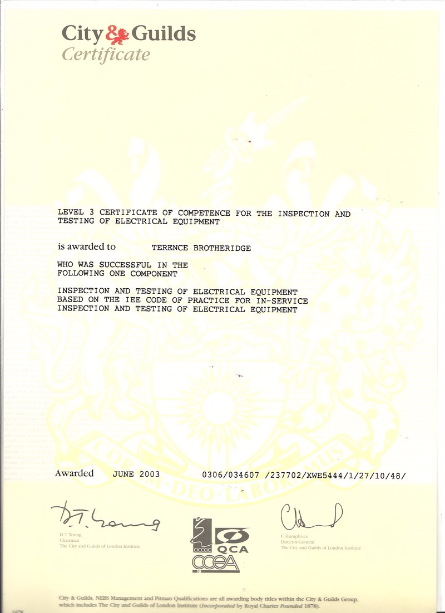 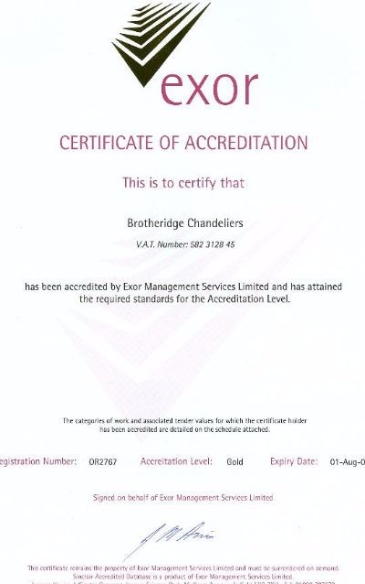